Maine Law Would Use Reverse Mortgage as Anti-Foreclosure Option

Maine Law Would Use Reverse Mortgage as Anti-Foreclosure Option

A bill before Maine lawmakers would require local governments to tell seniors facing foreclosure about the potential of taking out a reverse mortgage.

The proposed legislation — titled “An Act to Protect the Elderly from Tax Lien Foreclosures” — explicitly directs local municipalities to tell homeowners in property-tax trouble about “the option of seeking a reverse mortgage.”

The concept been something of a passion project for Gov. Paul LePage, who first discussed the potential of troubled homeowners using reverse mortgages last February. LePage cited the story of an Albion, Maine couple who lost their home to foreclosure in 2015 due to the non-payment of property taxes.

“It is unethical and immoral to take away a senior citizen’s home,” the governor, a Republican, said in his 2017 State of the State address. “They lose all the equity they built up during their lives. They end up on the street.”

Now that the proposal is under consideration by state’s lawmakers, the governor has continued to express support for reverse mortgages as a possible solution, seemingly suggesting to CentralMaine.com that the town itself could assist in arranging a loan.

“The town never loses money because once there’s a lien on the house, it can’t be sold until the taxes are paid,” he told the website, which includes content from the Kennebec Journal and the Morning Sentinel of Waterville, Maine.

The proposal has faced opposition on multiple fronts, including from critics who say the bill could encourage older residents to actively avoid their responsibilities as homeowners.

“There is concern that if someone wanted to game the system, they could just stop paying their property taxes,” Christopher Saunders, a Maine town manager, told the Mount Desert Islander.

*Reverse Mortgages are a brokered loan product.  This material is not provided by, not approved by the Department of Housing & Urban Development (HUD) Or by the Federal Housing Administration (FHA)

The information provided herein has been prepared by a third party company and has been distributed for education purposes only. The positions, strategies or opinions of the author do not necessarily represent the positions, strategies or opinions of Guild Mortgage Company or its affiliates. Each loan is subject to underwriter final approval. All information, loan programs, interest rates, terms and conditions are subject to change without notice. Always consult an accountant or tax advisor for full eligibility requirements on tax deduction. 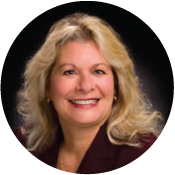